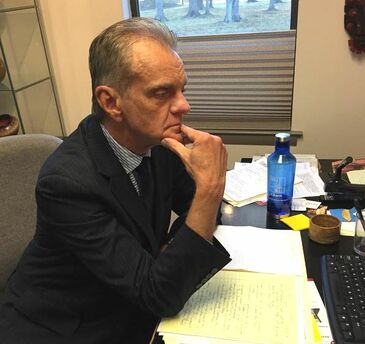 ​What is the Difference Between Full Spectrum CBD, Broad Spectrum CBD, and CBD Isolate?
Not every CBD product is made the same, and some may be more effective than others, depending on an individual’s specific needs. Full spectrum CBD products contain everything that is naturally found within the hemp plant, such as plant proteins, terpenes, and cannabinoids, including up to 0.3% of THC. Similarly, broad spectrum CBD products contain naturally occurring terpenes, proteins, and cannabinoids from the hemp plant, yet are processed in a way that all trace amounts of THC are removed. CBD isolates are 99% CBD and 0.0% THC. This is the purest form of CBD available, processed in a way which removes all other molecules except CBD from a full spectrum extract.

There is some evidence that supports the motion that for CBD to be effectively used by the human body, a bit of THC must also be included in the preparation. Additionally, there are those that say that the terpenes and other cannabinoids found in full spectrum products also have therapeutic effect. However, there is no clear scientific evidence to support these ideas, so it is very possible that alone CBD may have therapeutic benefit in the isolate form.

​If you want to try CBD, we recommend you try the CBD isolate form first, and then move to the broad spectrum CBD, then full spectrum CBD only if the previous products have not been effective for your symptoms. Minimizing the THC diminishes any potential “high” effect of the CBD product. For those of you who are concerned that THC may show positive in a urine screen, a THC-free product should not test positive, as it only contains CBD.
​Where Is Your Money Really Going When You Pay For Medical Care?
Compensation for executives of non-profit healthcare organizations has risen dramatically over recent years, while physicians and medical staff have experienced largely flat salaries.

​Large amounts of revenue paid by consumers and insurers of medical care is going towards the compensation of nonprofit healthcare executives, rather than towards medication, doctors’ visits, or hospitalizations.

If you would like more information, here is the link to the original article.
Dr. Fernandez's clinical thoughts regarding a recent article in the JAMA Psychiatry,
"Association of Maternal Prenatal Vitamin Use with
​Risk for Autism Spectrum Disorder Recurrence in Young Siblings."
This very recent article in Psychiatry JAMA (2019 Feb, 27; 76: 391) showed that mothers of children with Autism Spectrum Disorder (ASD) who then became pregnant again, were able to decrease the risk of recurrence of ASD in their next child by 50%. Pregnant women who did not take prenatal vitamins had a 32.7% risk of recurrence of ASD with their next child, while women who took the prenatal vitamins in the first month of pregnancy had a 14.1% chance of recurrence. It is also interesting to note that only 36% of all the women in the study were taking vitamins before pregnancy.

The take home part here is that in a culture where ASD seems to be increasing for unknown reasons, a minimal intervention of starting prenatal vitamins as soon as you know you are pregnant can produce significant benefits with your subsequent children. The study also found that 64% of women of childbearing age in this study were not taking vitamins.

Since pregnancies can occur and women may not be aware for at least one month, one can postulate that perhaps women of childbearing age who are considering new pregnancies should be on prenatal vitamins before they conceive so that the protective benefits can start from day one, rather than thirty days later.
If you would like more information, here is the link to the original article.
Dr. Fernandez's clinical thoughts regarding an article by the New York Times,
"How to Quit Antidepressants: Very Slowly, Doctors Say".
More than 15 million Americans take antidepressant medications for at least 5 years according to a New York Times analysis of federal data. With all those patients, researchers are learning more about how to comfortably discontinue the medicines when clinically appropriate.

According to an article in the New York Times, thousands or perhaps millions of people who try to quit antidepressant drugs experience withdrawal symptoms and some people report the effects as lasting months to years. Symptoms can include insomnia, anxiety, sensations of electric shock in the brain, and others. This was once attributed to recurrences of the underlying mood problems, but researchers are finding that tapering these medications over months or even years may take sense for many people.

One study by Dutch researchers in 2018 found that 70% of people who had trouble giving up Paxil or Effexor quit their prescriptions safely by following an extended tapering regimen, ultimately reducing their dosage down to one-fortieth of the original amount. This is the regimen recommended in the new paper. Dr. Dee Mangin, chair of family medicine at McMaster University in Canada adds “the other important thing is that is that it validates the patients’ own reports of their experiences.”
If you would like more information, here is the link to the original article.
Dr. Fernandez's clinical thoughts regarding an article by the New York Times,
"What's Life Like After Depression? Surprisingly, Little Is Known". 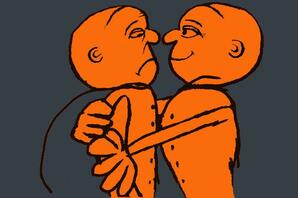 After an episode of depression, what are the chances of life returning to normal and being happy with your later life?
A recent research article published by a group of psychologists stated that a large survey found that only 50% of individuals who had “fully recovered” from an episode of depression reported living at the high end of the well-being scale when surveyed a decade later.

I do not believe this is true. I believe that individuals who are successfully and effectively treated for depression can lead normal lives. In my opinion, what this study really reflects is that patients with depression usually receive inadequate treatment and are treated to partial response but never achieve full recovery from their illness.

There is a major difference between a response to a treatment (feeling better) and remission of symptoms (fully well). In psychiatry, as in all areas of medicine, it is well understood that if an individual is treated to response and not remission, their long-term outcomes (prognosis) is considerably worse. Thus, it is very important that when a person is treated for depression, they are treated for a complete recovery (well-being), without any residual symptoms of illness.

This requires a thorough evaluation to determine the type of depression experienced (there are different types of depression), observation of any associated symptoms (such as mania, anxiety, obsessive compulsive disorder, etc.) and the proper and specific selection of an antidepressant (not all antidepressants are the same).

Once the proper medicines are selected (there may be more than one necessary for proper treatment), an individual then needs to be treated aggressively.

Once started on medicines, it is not uncommon for patients to initially report they are “better”. Better, however, is not well. Many clinicians will stop at better instead of continuing to aggressively treat until a total resolution of depressive symptoms is achieved.  Once well again, and not just better, formally depressed patients can lead as happy a life as someone who has never suffered from depression.
If you would like more information, here is the link to the original article.
"Why Do We Love Sad Music? Mourning Our Pain"
By: Robert A. Berezin, MD 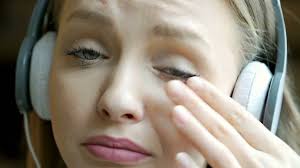 As an experiment, my son and I asked the following question on Facebook: "Looking for the sad song you love to listen to when you're down. Open to any and all genres."

Consciousness is a synthetic illusion created by the brain. Communication can only take place indirectly, never directly. The way we communicate is through art forms: language, physical gestures, reading and writing, visual art, music, theater, prose, poetry, and dance. It is how my consciousness connects to your consciousness. If cortically we share the same symbolic codes of an art form, I can communicate my imagination and feeling expressively, and you can receive my imagination and feeling receptively. When you read this article, your brain reads these 26 black symbols on a white page. You receive what I express and fulfill it with your imagination. These symbols operate through our deeply learned visual and auditory mastery of language via reading and writing.

Regarding language, if you and I both master English, then we can communicate through the learned art form of speech. If I only speak English and you Russian, it will sound like gibberish. We need shared, learned symbolic form. It is the same with music. If you and I both share the same symbolic code for scales, we can communicate expressively and receptively via music. Music, unlike most other art forms, has no visual referent. It always creates feeling and mood. Music proceeds through the auditory centers, and always through the amygdala and limbic system (generally speaking, our emotional centers). Through creating a mood, you can indirectly paint a visual picture that you can invent with your own imagery.

Let's focus on sadness: The mourning of a loved one's death is the specific and literal biological operation for the repair and healing of emotional pain. The mourner must face and go through the pain of all of the feelings from losing his attachment. This process digests and deactivates the loss of a deeply held old play where the loved one is present, in order to accept a new play where the loved one is gone.
Immersed and held in the art trance of sad music, we feel the sadness. It surrounds us...
Digesting the old story and mourning those feelings can take a long time—many years, even. One has to go through the Kübler-Ross stages of denial— bargaining, anger, sadness, and acceptance. The specific stage where sad music works its magic is, of course, sadness. This is contingent on the musician and the mourner having learned the same symbolic form for the scales.

Immersed and held in the art trance of sad music, we feel the sadness. It surrounds us, it enters us. We feel. We feel the painful longings, the painful loss. The mourner has to let go of his deeply held old play of love where he is not alone. He has to move toward accepting the new play where the loved one will never be here again. He can feel and miss the lost love without demanding the old story.

One never completely heals from significant loss. The old play always lives inside, deactivated, but there. Sad music will always touch us and bring back the nostalgia of loss. The sad music meets your emotional state and allows for the mourning. It holds you and allows it to happen.

Yet, these changes in the scale make all the difference in the world. Scales create mood. The major scale communicates the heroic: Take Beethoven's Symphony No. 3, "Eroica." The minor scale, when soft, communicates sadness ; "Eleanor Rigby," by The Beatles, comes to mind. When loud, it communicates anger: "Why Go," by Pearl Jam. Schubert routinely shifts between major and minor; an example is "The Trout Quintet" in A minor. The minor blues scale—a five-note paring down of the minor scale—can embody the pain of aloneness and loss: "The Sky Is Crying," by Elmore James. Unresolved notes convey suspended feeling: "Blue in Green," by Miles Davis.

Music aids us in mourning our pain. This is no doubt why we listen to it. It's good to give over to the healing and restorative power of music. It's good to take in the communal holding of sad feeling. It's good to go inside to the depths of your own heart to meditatively process your private pain alone. My son and I now have a powerful list of sad music from Facebook. Featured pieces are "Hallelujah," by Jeff Buckley; "Prelude in E Minor," by Chopin; and 'Stars', by Nina Simone. Two of my own favorites are "Adagio for Strings," by Barber, and "Whispering Pines," by The Band.